2021 WTA Finals to be held in Guadalajara, Mexico 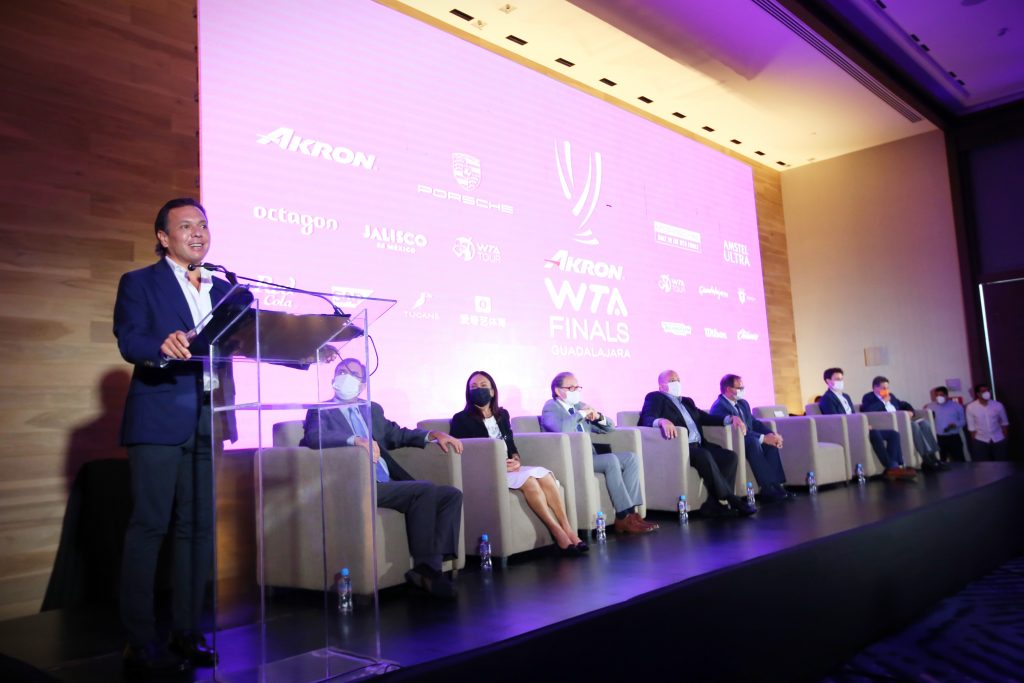 ST. PETERSBURG, Florida — The WTA announced Monday that Guadalajara, Mexico will host the 2021 season-ending WTA Finals the week of Nov. 8. The prestigious year-end finale, featuring the Top 8 singles players and doubles teams on the Porsche Race to the WTA Finals, will be held in Guadalajara this year, with the event returning to its home in Shenzhen, China from 2022 through 2030.

“I would like to extend my appreciation to the Guadalajara tournament organizers and Octagon for their commitment in hosting the event this season and for helping the WTA write another exciting chapter in WTA Finals history,” said Steve Simon, WTA Chairman and CEO. “We are excited to bring our showpiece tournament to the exciting and vibrant city of Guadalajara in this unique year.

“I would also like to express my gratitude to the Gemdale Corporation in Shenzhen for their cooperation and resilience, and we look forward to returning in 2022 to enjoy the WTA Finals over the next decade.”

Guadalajara, the second largest city in Mexico, is considered the cultural center of the country and has hosted various international sporting, film and entertainment events. The city is no stranger to women’s tennis, where it also held a successful WTA 250 event in March earlier this year.

“We are delighted to announce the WTA Finals will be coming to Guadalajara this season and it is our immense honor to welcome the Top 8 singles players and doubles teams to Mexico for this highly respected event,” Tournament Director Gustavo Santoscoy said. “We look forward to hosting the WTA Finals in 2021 and putting on a world class tournament in November for the millions of tennis fans around the globe.”

Click here for the latest 2021 WTA Tour calendar. Further details on the 2021 WTA Finals will be announced at a press conference in Guadalajara in the coming days.