Anett Kontaveit: The Big Surprise of the WTA Finals 2021 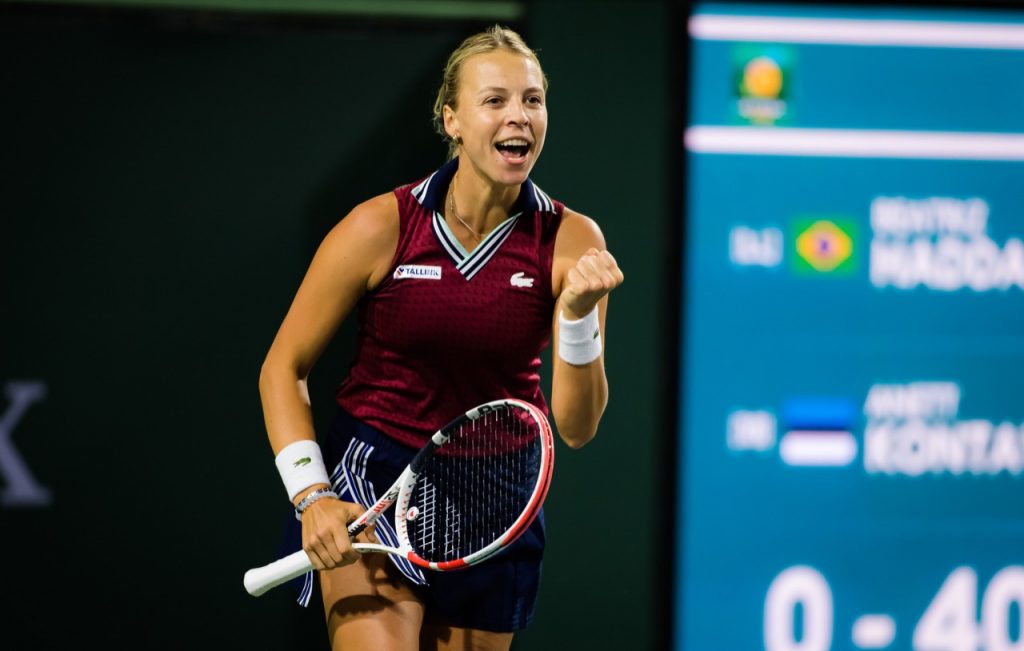 If there is a player who will arrive “on fire” at the AKRON WTA Finals Guadalajara 2021 it is Anett Kontaveit from Estonia. She had a phenomenal sprint to the Porsche Race finish line to earn her ticket into the prestigious tournament. Kontaveit’s qualification came down to the last possible day to score points and snatch the spot that Tunisian Ons Jabeur was trying to hold onto.

Within nine weeks – the 25-year-old player born in the city of Tallinn – won four WTA tour titles and snuck into the top 10 rankings. Additionally, she took advantage of Australian Ashleigh Barty’s withdrawal to secure her place on the list of eight competitors who will get the chance to compete for the title at the Zapopan Pan American Tennis Complex.

Kontaveit started her quest on August 29th, where she won the tournament in Cleveland against the Romanian Irina-Camelia Begu. One month later – on September 26th – she won the title in Ostrava against the Greek Maria Sakkari. On October 24th, she won her third tournament this year by winning the Kremlin Cup in Russia – she upset local player Ekaterina Alexandrova. At this point, the doors were wide open for Kontaveit to potentially qualify for the Finals. There was just one condition: she had to win the Transylvanian Open in Romania. Which Kontaveit achieved.

Kontaveit won the tournament in Romania by defeating Simona Halep, the number one seed of the tournament and overall home-town favorite; this allowed her to secure her spot in Guadalajara. Kontaveit will arrive with a total of five singles titles and a winning streak of 10 consecutive wins due to her two back-to-back wins tournament wins in Moscow and Romania. Her stats for this year are incredible: four titles in her last seven tournaments played, up 21 spots in the rankings (she went from No. 30 up to No.9) and she is the first player from her country to be in the top 10.

After those loses, it was pure domination. Kontaveit won her last 26 matches out of a total of 28; she only had two losses, one at Indian Wells to Jabeur and the other at the US Open to Swiatek. Kontaveit is one of the strongest players on tour today who has a very good chance to make an even bigger name for herself during her WTA Finals debut.

It should be noted that this is not the first time that Kontaveit has played in Mexico. In 2012 – when she was just 16 years old – she played in an ITF junior tournament in San Luis Potosí. This was her first time playing in Mexico and she ended up winning the singles title after beating the Mexican Victoria Rodríguez in the final; she also won the doubles alongside Emily Fanning from Australia. This was nine years ago where she was already proving just how talented she is. Fast forward to today, she is back to competing in Mexico for the most prestigious title on tour.