Aoyama and Shibahara Secure Semifinal Spot; Jurak and Klepac Still Have a Chance 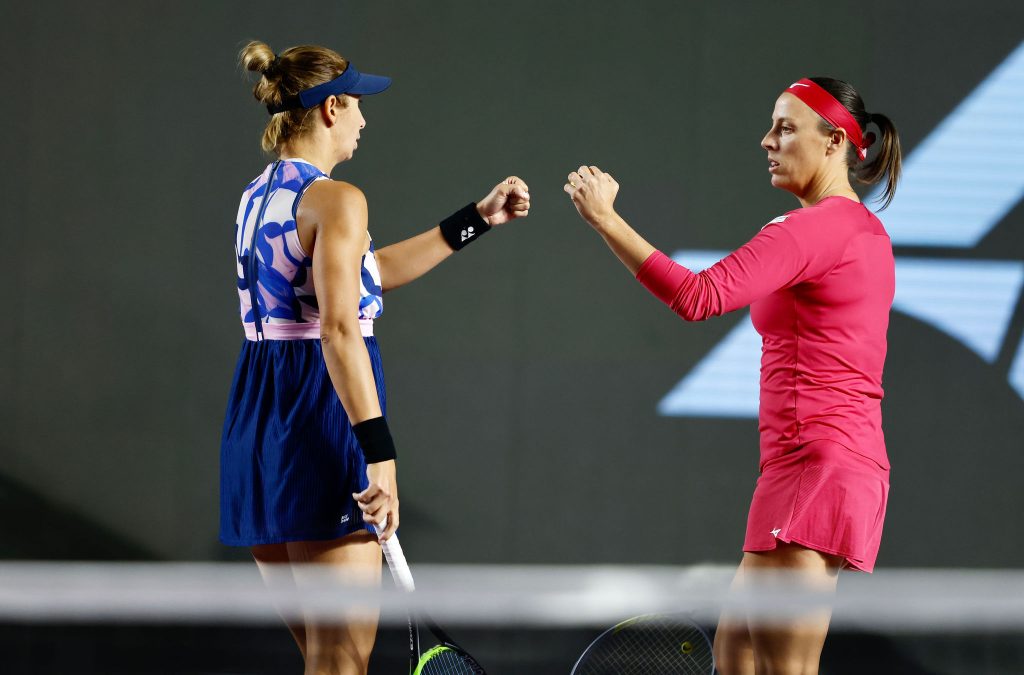 The first set was the closest set we’ve seen in the tournament so far. There were no breaks of serve which sent the players to a tiebreak in the first set.

The first tiebreaker was just as balanced, until on the 15th point where Andreja Klepac suffered a mini break that made the score 8-7. However, Samantha Stosur was unable to close it out and the game was tied again. It was not until 11-10 when Klepac lost her serve and the set went to Stosur and Zhang.

The second set was similar. In the fifth game the Slovenian Klepac suffered a break, but they immediately recovered in the next where they broke Stosur’s serve. The set once again went to a tie break where this time, it was won by Jurak and Klepac 7-4 to even the score line.

In the super tie break, Klepac and Jurak did not lose their focus and closed the match 10-5, to stay alive in the tournament. With their victory, they stay in the fight, but gave an automatic pass to Aoyama and Shibahara of Japan into the semifinals as winners of the Tenochtitlán group.

Stosur and Zhang are eliminated, so the second ticket will be defined in a duel between Jurak and Klepac against Nicole Melichar-Martínez and Demi Schuurs, on next Sunday. Darija and Andreja have had their best season yet, entering 15 tournaments and won two titles together in Bad Homburg and San José, in addition to two finals in Parma and Montreal.

For the great veteran Samantha Stosur, who was number one in the world in doubles in 2006 and winner of 28 titles with different partners, including four Grand Slam, was eliminated along with Shuai Zhang, currently ranked No. 8 in the world.