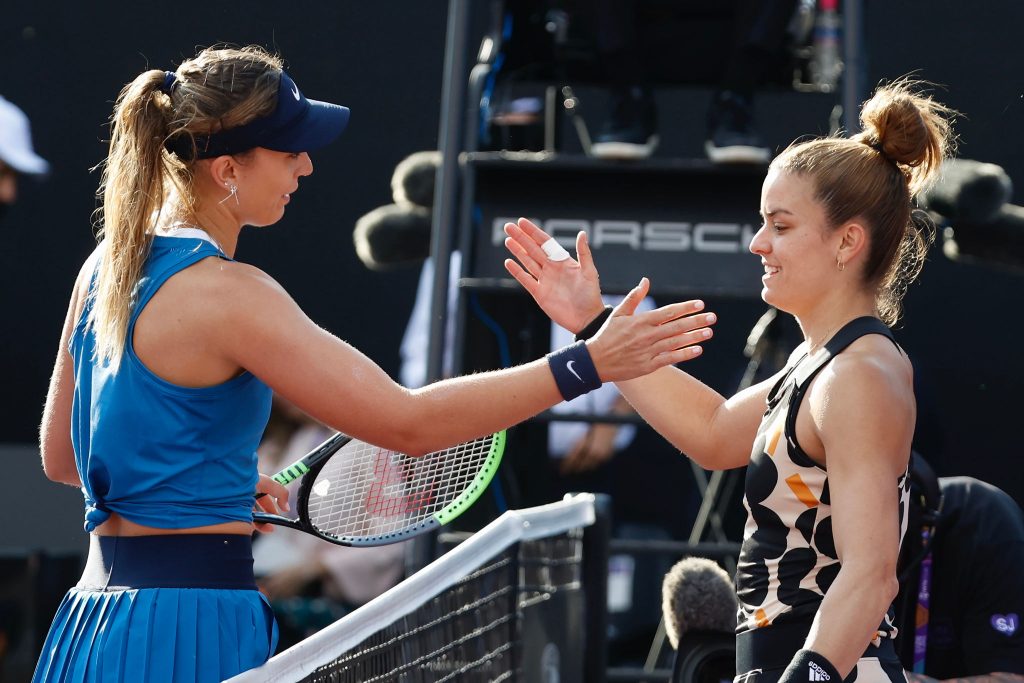 Guadalajara, Jalisco, November 13, 2021.- Amid a full AKRON stadium and a festive atmosphere, there was a battle to kick off the fourth day: Paula Badosa defeated the Greek Maria Sakkari 7-6 (4), 6-4 in the Chichén Itzá group of the WTA Finals Guadalajara 2021. Badosa is now 2-0 in the group stages, Sakkari is 1-1.

After 2-2 of the first set, Badosa won three consecutive games, including a break in the sixth game to take a 5-2 lead. However, Sakkari bounced back to win the next three games in a row including a break in the ninth, to equal the set. After a controversial call that caused the Greek to protest the umpire in the chair, the set went to a tie break, where the Spanish won 7-4.

Despite losing the first set, Sakkari kept fighting in the second; she effectively changed the pace and got the lead but her first serve was not as effective – she only won 50% of points on her first serve plus many mistakes costed her in the end.

On the contrary, the Catalan player defended well from the baseline and played could switch on the offense throughout the match. Her serve was consistent and dominant throughout.

At a key moment – at 4-4 – the Greek missed a backhand shot losing her serve, which defined the match. Badosa served for the match at 5-4 and managed to get through to win the set 6-4 and close the match. This win was loudly celebrated by the fans, who applauded both players for their effort and the quality of the battle they offered in 2 hours and 4 minutes.

Paula Badosa had a total of 10 aces, 6 double faults, and a 71% of points won on her first serve. Although she had fewer winners with 13 to 24 from Sakkari, the Greek recorded 48 unforced errors which defined the match.

This was Badosa’s eighth consecutive win in recent weeks and her first against María Sakkari, who she had never faced on the WTA tour. Badosa remains the sole leader of her group. “I am competing very well in difficult conditions. Today, I had a very hard match against an incredible fighter who competes very well and who I respect. But I played well during the important moments. I had a lot of mobility, I had to be aggressive and find that balance. I am very happy for the incredible atmosphere that I experienced in the stadium,” concluded the 10th ranked player in the world and the seventh seed of the tournament.