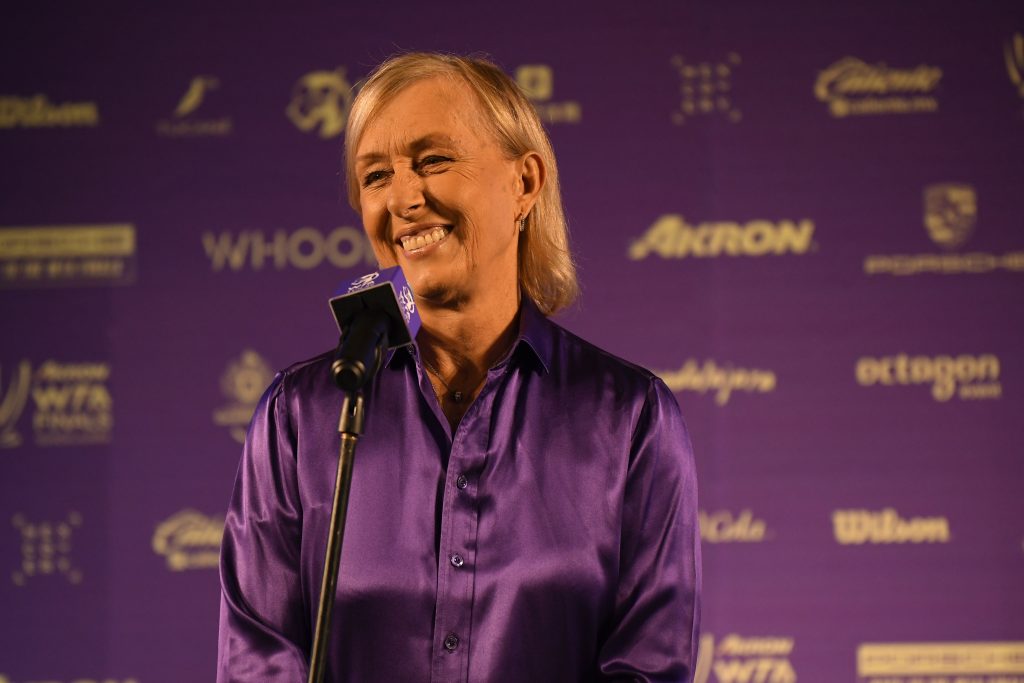 GUADALAJARA, MEXICO – Today, the WTA announced that two of the greatest players in the history of tennis, Chris Evert and Martina Navratilova, are the official Ambassadors at the AKRON WTA Finals Guadalajara 2021. The prestigious year-end event will be held in Mexico from November 10 – 17.

During Evert’s career, she won the first edition of the Finals in 1972 in singles and went on to win four more during her career. As for Navratilova, she holds the record for the most singles (8) and doubles (13) titles; in honor of her incredible achievements, the doubles trophy was named in her honor.

Both Evert and Navratilova were ranked number one in the world in singles, they both won 18 Grand Slam singles titles, and they had a historic rivalry that ended 43-37, in favor of Navratilova. As Legend Ambassadors, they join forces to share their love for tennis through various activities that will promote the sport in local communities and activities with sponsors and the media; there will be a special emphasis on promoting tennis in Latin America.

“It has been wonderful to reflect on the growth and global nature of women’s tennis. I am excited to be a part of the AKRON WTA Finals Guadalajara and that our Finals will be played in Latin America for the first time,” Evert said. “With an intriguing draw – which has six players making their tournament debut – fans in Mexico and the world will enjoy it.”

“I have very special memories playing in the WTA Finals. I can’t wait to see the best singles and doubles players in action in Guadalajara,” said Navratilova. “I will be cheering them on as they wrap up the season in a big way. It’s also particularly exciting that Giuliana Olmos is the first ever Mexican to qualify for the Finals.”

Evert’s record of winning at least one Grand Slam for 13 years in a row has not been achieved by any other player on tour. Among the other records, she still has the best percentage of Open Era win-loss record – she won 900 of 1,309 games. She also has the longest winning streak in singles on the same surface; she reached this when she won 125 matches in a row on clay between August 1973 and May 1979.

Navratilova won 59 Grand Slam titles and holds the record for the most singles titles (167), doubles titles (177), and all-time career wins (1,442) out of all WTA players in the history of the sport. In doubles, she had a 237-week streak as No.1 in the doubles rankings; this remains the longest streak. In singles, she had a 332-week streak as number 1 in the singles rankings; she is slightly behind Steffi Graf who holds the record with a 377-week streak.

Gustavo Santoscoy, Co-Director of the AKRON WTA Finals Guadalajara 2021 said, “Chris Evert and Martina Navratilova are icons around the world in this sport. It is an honor to welcome them to Guadalajara. Like millions of fans around the world, Mexicans have been inspired by them, and I know they will have a memorable stay here.”

Fabrice Chouquet, Managing Director of the WTA Asia-Pacific and Co-Director of the AKRON WTA Finals Guadalajara 2021 said, “Between the two of them, Chris and Martina won 12 of the first 16 editions of the WTA Finals. They have been key to the prestige of this event. They are incredible champions who continue to contribute to the sport, and we appreciate their support. This looks like it’s going to be an incredible display of the best of women’s tennis.”

Guadalajara will host the season-ending tournament for the first and only time this year. The event will return to its official headquarters in Shenzhen, China in 2022. The 2021 WTA Finals feature the top 8 singles players and doubles teams in the Porsche Race to the WTA Finals based on their results at all 51 WTA tournaments and the 4 Grand Slams. The tournament is played in a round-robin format. The singles champion will lift the Billie Jean King WTA Finals Trophy and the doubles champions will earn the Martina Navratilova WTA Finals Trophy.