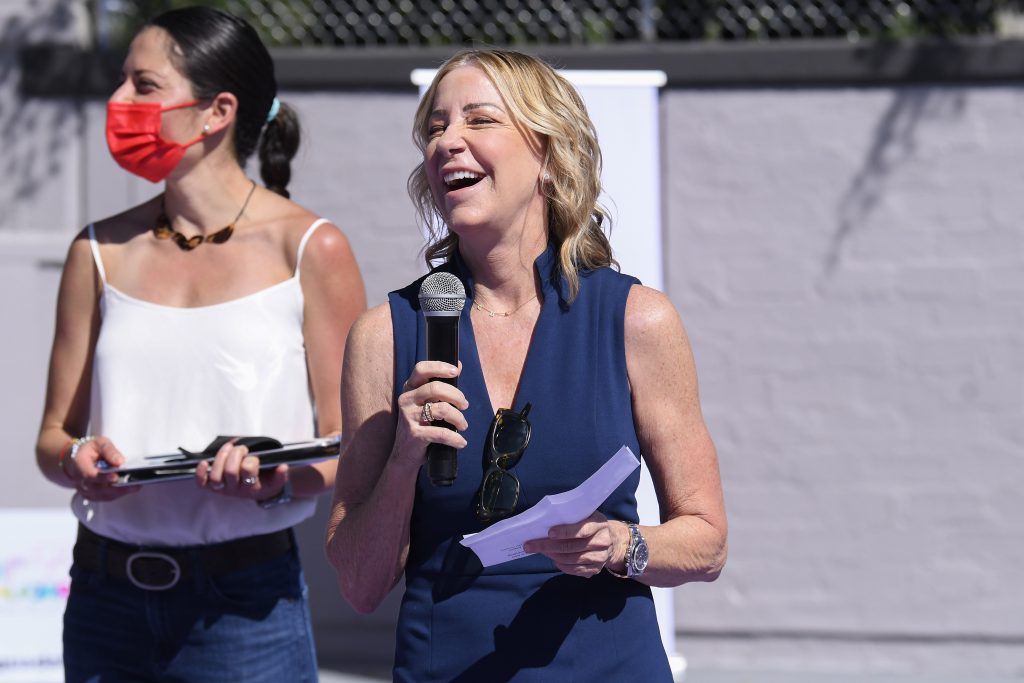 Guadalajara, Jalisco, November 16 2021.- Chris Evert arrived in Guadalajara to enjoy watching matches at the AKRON WTA Finals. The iconic player who won 157 titles during her career – including 18 Grand Slams – is one of the ambassadors of the tournament along with Martina Navratilova, with who they formed a great rivalry in the 1970s.

It was a different time, but the new generation of players present in the Guadalajara Finals excites Chris for her admiration for fellowships. “This generation, especially the young players, has me very excited. I think they are very competitive on and off the court. This generation is the most fit, and there is also the fact that the players can separate competition from friendship. They are very smart.”

Asked about which tennis player here she would have liked face, Evert confidently lauhgs and says no one. However, after thinking about it, she leans towards two players in particular. “I played 30 years ago, I think today I would be crushed by the power of any of these players, but maybe I would have liked to play against Badosa or Kontaveit,” she explained.

Although the physique of the players has changed a lot and today, they are much more physically strong, the truth is that nowadays there is no tennis player who is dominating the competition; this has not allowed us to live a rivalry like the one that she and Navratilova had.

Chris has an explanation for this, “it took many years to form a rivalry between us, we were the two most dominant players during many years and number one and two for 12 or 13 years, then that allowed us to form a great rivalry. Currently there are different finalists, semifinalists, different winners in each tournament, so it’s hard to have that today.”

Like the participants, she was pleased that the tournament took place in Guadalajara. Chris considers the decision a success and applauds the fact that the conditions have been met for the players to come.

“This time has been hard for the players, the pandemic interfered with their routines, if they wanted to go to a tournament, they had to be quarantined and could not leave. They had to be in a bubble, many tournaments were taken off the calendar and it has been two very difficult years for the players, physically and emotionally, but I think they have handled it very well.”

Evert was a pioneer in several areas, including winning the first title of the Finals and being the first to lead the WTA rankings when the system was introduced in 1975. In her nearly 20-year career, she faced several iconic players, as well as Navratilova and the legend Billie Jean King.

Chris still holds the record for most matches won on a single surface, winning 125 matches in a row on clay between August 1973 and May 1979. The American does not dare to name a player as a favorite to lift the AKRON WTA Finals trophy, though she sees Kontaveit as a great candidate to be the champion. And while it is time to define a new winner, Chris enjoys her moment as an ambassador in Guadalajara, surprised by the intensity of the public.