Kontaveit is the first semifinalist of the WTA Finals 2021 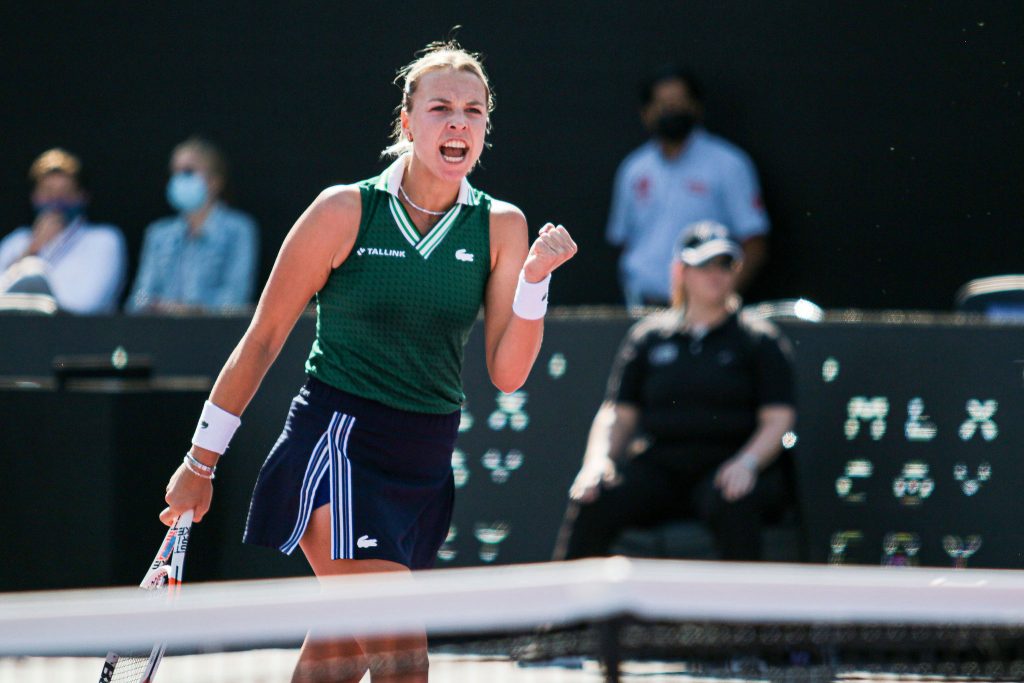 Kontaveit notched her second victory of the tournament (2-0) and adding to her winning streak to 12 wins in a row on the WTA tour. This was also Kontaveit’s first win over Pliskova who had defeated her in all three of their previous matches.

The Estonian player managed to handle the Czech’s powerful serve with great defense and incredibly offense on her serve. She put her rival in trouble, when she broke the serve in the tenth game to close out the first set.

The first set ended with the Estonian ahead in winners 9 compared to the Czech’s 6. The second set was a masterful demonstration of Kontaveit’s game who managed three breaks and was perfect on her serve to sweep the Czech.

Pliskova, now 1-1, is still in contention and on Sunday will play Roland Garros champion Barbora Krejcikova.

In total, Kontaveit hit 18 winners compared to just 8 from Pliskova, who also hit 14 unforced errors to 12 of the winner. The Czech, known for her massive serve, failed to do any damage; she only managed to hit 4 aces with a first serve percentage of 63%. Kontaveit’s first serve percentage this match was at 83% of the best Estonian player in history.

With this win, Kontaveit, who is the eighth seed, achieved 28 victories in her last 31 matches. She is now a serious contender for the title, which would be her third in a row, after winning in Moscow and Transylvania. Additionally, she has won the second most amount of matches this season with 47 wins, just one below the Egyptian Ons Jabeur who has 48.