Kontaveit will play for the WTA Finals Title 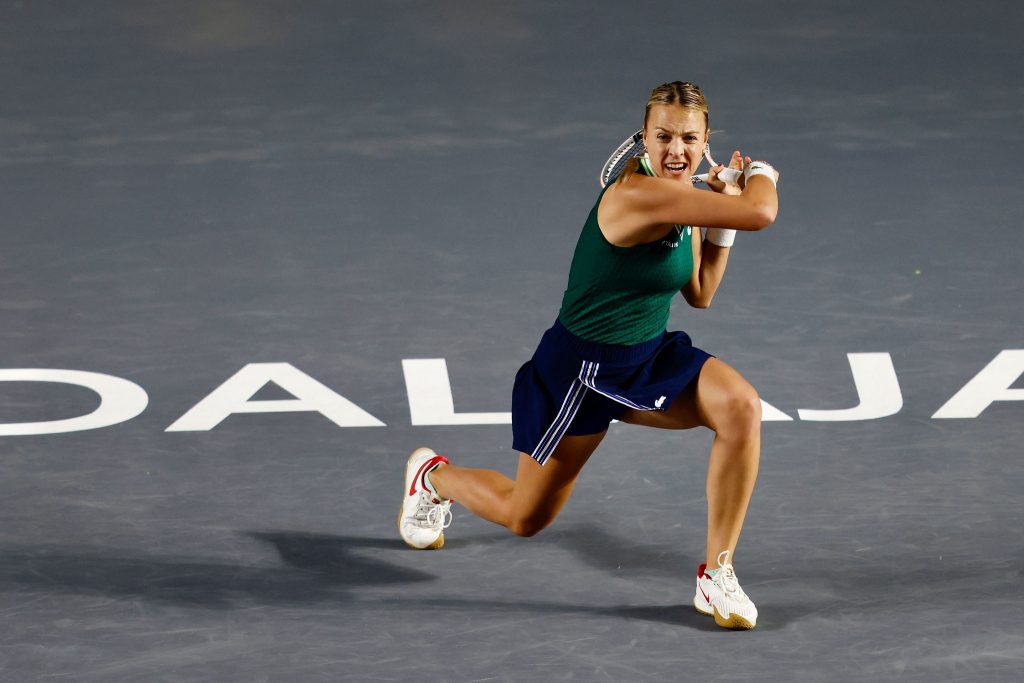 Guadalajara, Jalisco, November 16, 2021.- Anett Kontaveit continues to play good tennis. The Estonia – who had already made history for her country by becoming the first player from her country to qualify for the AKRON WTA Finals – now can be the first Estonian to lift the Billie Jean King Trophy.

Tonight, Anett, who was the last to qualify for this event, advanced to the final after a close match on the stadium court against Maria Sakkari; she prevailed 6-1, 3- 6, 6-3 in 2 hours and 2 minutes.

Anett will face the Spaniard Garbiñe Muguruza this Wednesday, who has already defeated her in the round robin stopping her 12-match winning streak. Sakkari was the highest ranked player in the semifinals, as the fourth seed, Kontaveit is the eighth. This was only the second time in the tournament since the round robin system was introduced in 2003 that none of the top three seeds advanced to the semifinals (it first happened in 2018).

Kontaveit got off to a sweeping start in the semifinal round after beating the Czechs Barbora Krejcikova and then Karolina Pliskova; she lost in her last round robin match to Garbiñe Muguruza. With Kontaveit’s victory, the head-to-head record between the two players is now 6-6.

Sakkari looked tired after spending 6 hours and 17 minutes on the court. Kontaveit arrived having only played 3 hours and 39 minutes. Although it seemed that Kontaveit would be heading to an easy victory, Sakkari recovered after losing the first set, but had problems with her first serve.

In the first set, Anett overpowered the Greek. Half an hour was enough for her to win the first set after breaking her opponent’s serve twice; Sakkari could only hold it once.

In the first six games of the second set, both players held their serve. In the seventh game, Sakkari suffered in her service game, but was able to hold her serve and then break her opponent’s serve the next game for the first time in the match. The Greek’s hand did not tremble, and she kept up the level in the second set.

In the decisive third set, Sakkari served first, then had a break in the fifth game, but Kontaveit recovered quickly in the next. Sakkari struggled again with her service game in the eighth. The Greek had the advantage five times, and in her first break opportunity, Kontaveit served for the match. She had secured the victory and the final.

Kontaveit beat Garbiñe this year at the tournament in Moscow tournament and in 2017 in Stuttgart. Muguruza scored victories in 2016 at the Australian Open and in 2017 at the French Open.