Krejcikova and Siniakova are into the finals 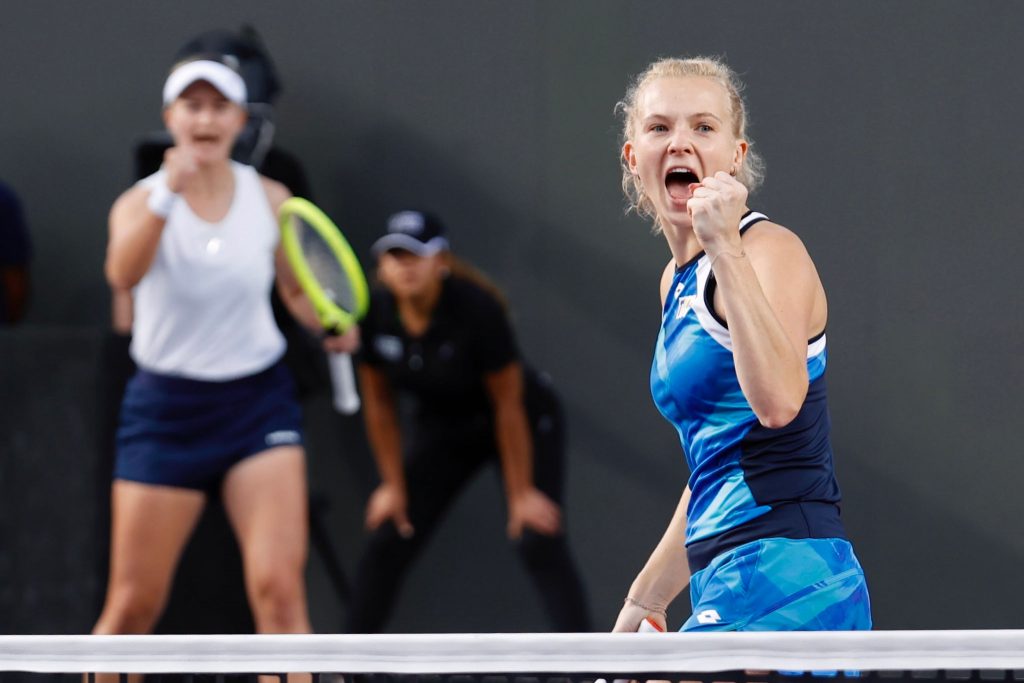 Guadalajara, Jalisco, November 16, 2021.- Barbora Krejcikova and Katerina Siniakova are the first doubles finalists of the AKRON WTA Finals. The Czechs confirmed their status as favorites with their defeat over the American Nicole Melichar-Martínez and the Dutch Demi Schuurs, 3-6, 6-3,10-6.

It will be Krejcikova and Siniakova’s second participation in the final match of this tournament – in the 2018 edition, they also reached the finals but lost to Timea Babos and Kristina Mladenovic.

The pair will seek to close the year as the best in the world, after winning titles in Gippsland Trophy, Madrid, Roland Garros, and the Olympics this year. As for Melichar-Martínez and Schuurs, this was their first experience in this tournament and their first direct clash against the Czechs.

For Krejcikova, it is also an opportunity to win a title in the Final after being eliminated in the singles category, where she was the second favorite.

Melichar-Martínez and Schuurs scored one break in the first set which was enough to close the first set. In the second set, Krejcikova and Siniakova broke in the second and eighth games and later gave up their serve once, to force the super tiebreak.

In the super tiebreak, the Czechs got a quick five-point lead, and they did not fail to secure that set, the match, and the victory.

Now, they wait for the winners of the battle between Shuko Aoyama and Ena Shibahara and Su-Wei Hsieh and Elise Mertens. Out of all of them, Hsieh was the only finalist in 2019 where she played alongside Barbora Strycova.