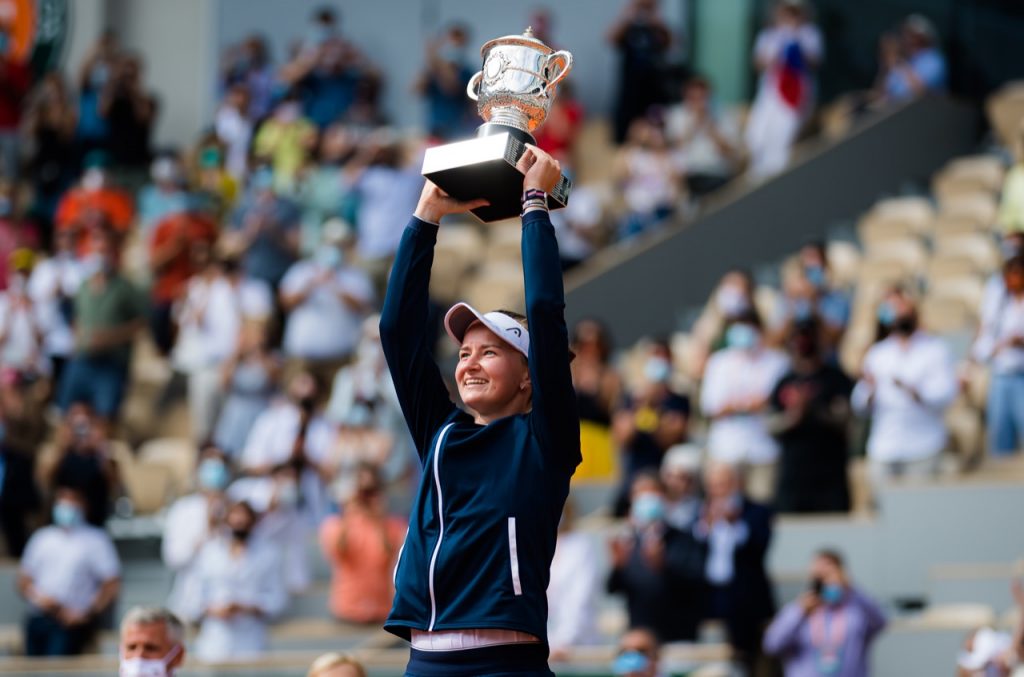 Guadalajara, Jalisco, November 2021.- This has been a very special year for Barbora Krejcikova. It was in 2021 that she became the first Czech tennis player to win the Roland Garros title since Hana Mandlikova did in 1981. This is an achievement that means a lot to her because it reminds her of her coach Jana Novotna who passed away of cancer in 2017. She encouraged her to enjoy herself and to win a Grand Slam.

Krejcikova was also the first player since 2000 to win Roland Garros in both singles and doubles (with Katerina Siniakova) in the same year. She also won the gold medal at the Tokyo 2020 Olympics in doubles, again, while playing alongside Siniakova.

It was the Roland Garros trophy that put her on top. Barbora is now a Grand Slam champion, something that many players – with even longer careers – never get the chance to achieve. In addition to the French Open, she won titles at the tournaments in Strasbourg and Prague.

All those achievements allowed her to climb the WTA rankings and qualify for this prestigious event. This is Barbora’s first time playing in the #AKRONWTA Finals in singles. Conversely, this is Barbora’s third time qualifying for the doubles. Since 2016, no player has qualified in both singles and doubles.

This is a challenge that does not scare Krejcikova; she said that playing in both singles and doubles will be complicated, but at the same time, she considers it to be a privilege. In 2021, her win-loss record is 45-14 and her current ranking is No. 3 in the world, her best ranking to date. In 2020, she concluded the season at No. 65. In doubles, she is ranked No. 1 in the world.

Barbora acknowledges that she became one of the best thanks to the support that she has had from her mother since she was a child, “she is my biggest fan, she went to tennis with me every afternoon,” she wrote on her official page.