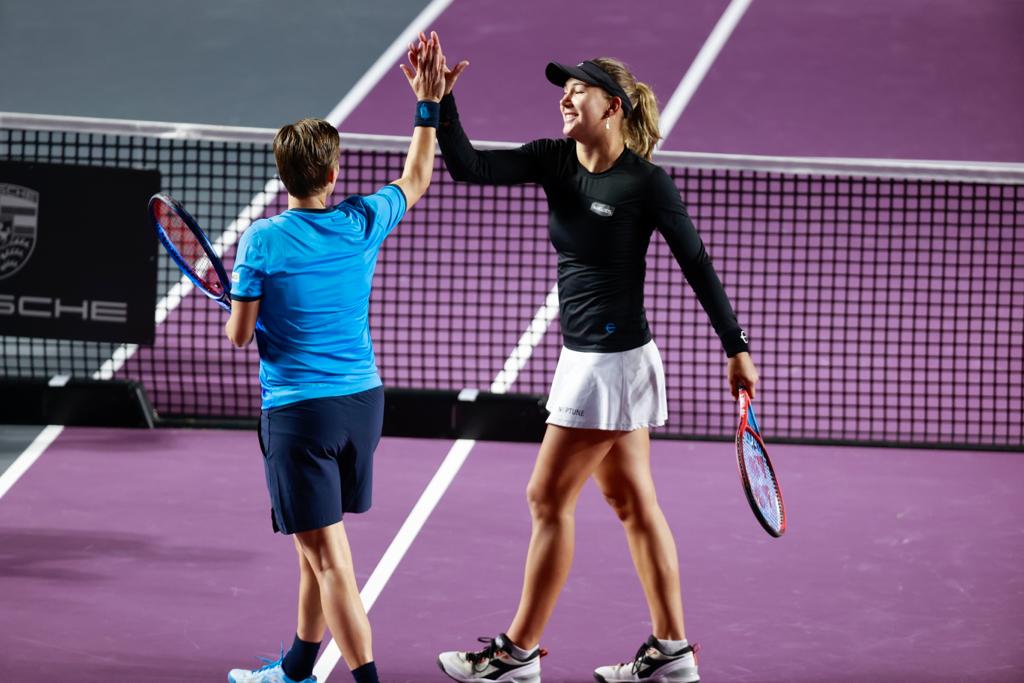 Guadalajara, Jalisco, November 10, 2021.- The American Nicole Melichar-Martínez and the Dutch Demi Schuurs (4) defeated the Australian Samantha Stosur and China’s Zhang Shuai (5) 6-2 6-2 in the Tenochtitlán group; the match marked the end of the first day.

On Zhang’s serve, the American-Dutch pair created a new break opportunity, which allowed them to get a quick 3-0 lead.

Schuurs couldn’t hold her serve which allowed Stosur-Zhang to get one of the breaks back at 1-3. But then, Stosur suffered another break to go down 1-4. The set went to Melichar-Martínez and Schuurs 6-2, a score they repeated in the second set.

The pair, Nicole Melichar-Martínez and Demi Schuurs, debuted this year as a team in the AKRON WTA Finals. Schuurs has competed in the event on two previous occasions: in 2018 with Elise Mertens and in 2019 with Anna-Lena Groenefeld. Melichar-Martínez qualified in 2018 with Kveta Pesche. As a team they got together in 2020, they played two tournaments, winning one in Strasbourg. This season they reached four finals, winning the titles in Charleston and Doha and they were back-to-back finalists in Berlin and Eastbourne. Regarding their experience in Mexico, Melichar-Martínez played in the tournaments in Monterrey and Acapulco with different partners; Schuurs played in Acapulco in 2017.

As for Samantha Stosur and Zhang Shuai, this is their second Finals in a row as a team. In 2019, they reached the semifinals, where they lost to the eventual champions, Timea Babos and Kristina Mladenovic. It is also the Australian’s fifth appearance as a doubles player in the event (she won in 2005 and 2006 with her partner Lisa Raymond). Stosur-Zhang have only played four tournaments together in 2021, yet they won the US Open and Cincinnati titles.