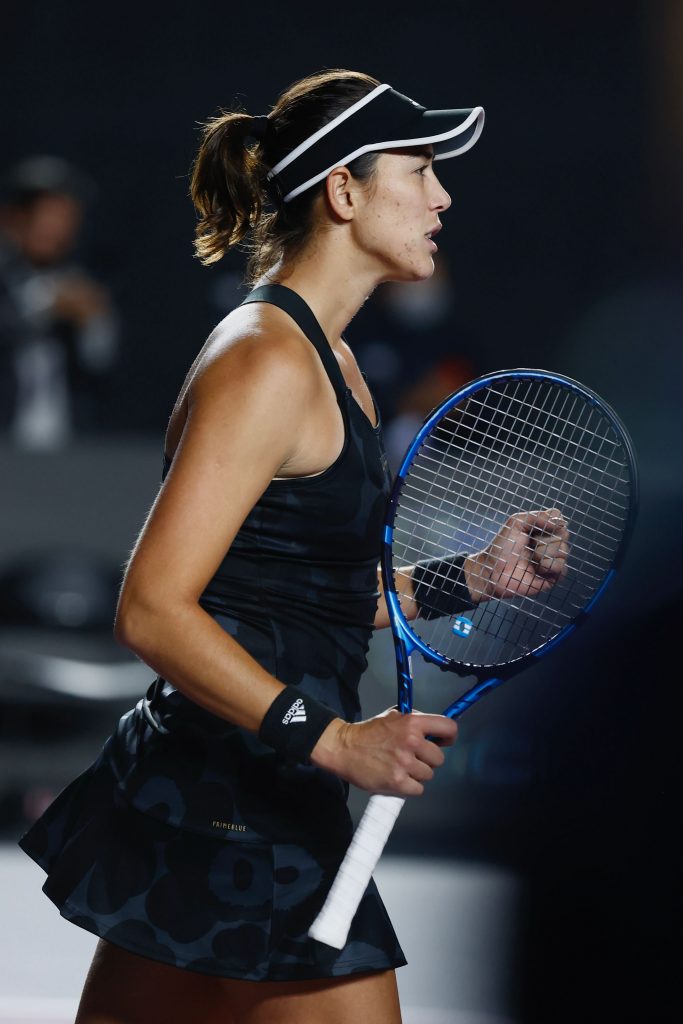 Guadalajara, Jalisco, November 14, 2021.- The Spaniard Garbiñe Muguruza achieved her goal to advance to the semifinals of the AKRON WTA Finals due to a 6-4, 6-4 win in 1 hour and 27 minutes over Estonian Anett Kontaveit, who was on a 12-match winning streak. She is the second qualifier out of the Teotihuacán group.

Muguruza received a standing ovation for her triumph, which was even louder after the Spanish put on a jersey of the Mexican National Team soccer.

In the semifinals, she will have to face her compatriot Paula Badosa, who advanced in first place of the Chichén Itzá group. This will be the first meeting between the two players.

The determination and focus of the Spaniard allowed her to defeat Kontaveit. Garbiñe concluded the match with seven aces and three double faults, winning 80% of the points played on her first serve. She won a total of 67 points compared to the Estonian’s 59. After Karolina Pliskova’s victory over Barbora Krejcikova in the first night match, Garbiñe had no choice but to win to advance to the semifinals.

Their time spent on court ahead of this match was very different – Anett arrived with 2 hours and 12 minutes and Muguruza had a total of 4 hours and 36 minutes, who played three sets in her two previous matches.

Tonight, two breaks in the match were all that was needed to win. Muguruza came in concentrated and scored an early break. In the third game, Kontaveit saved three break points to avoid another break.

Muguruza was solid on her serve, while Kontaveit was somewhat sporadic when returning. Garbiñe closed out the first set in a little more than half an hour after saving two break points. In the first set, Kontaveit could not find her rhythm; frustration began to wash over her and she took a warning for hitting her racket on the court.

Unlike Anett’s first two matches, Garbiñe made her opponent run side to side, dominating from the back of the court and at the net. In the fifth game, after a double fault, Kontaveit broke Muguruza’s serve but almost immediately, Muguruza broke back.

With the 5-4 lead on her serve, Muguruza got down to 30-40 but with an ace, she got out of the problem. After an unforced error from Kontaveit, Muguruza had a match point. The next point, she forced an unforced error after a great first serve to seal the deal.