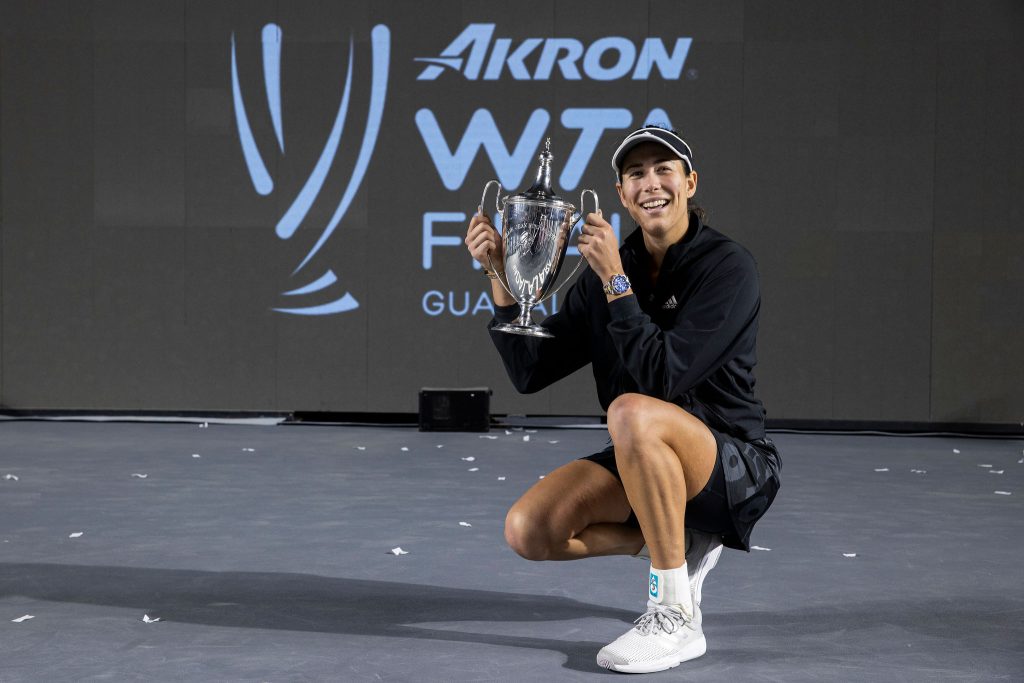 Guadalajara, Jalisco, November 17 2021.- The Spaniard Garbiñe Muguruza just made history. Muguruza is the AKRON WTA Finals champion and became the first player from her country to win this prestigious tournament.

In her fourth Finals appearance, Garbiñe was finally able to lift the Billie Jean King Trophy after defeating the Estonian Anett Kontaveit 6-3, 7-5. It was Garbiñe’s second victory over Kontaveit in four days, as she also defeated her on Sunday in the round robin phase.

At 28, Garbiñe is the oldest champion since Serena Williams won the event in 2014 at 33-years-old. It is the 10th time a player with a 2-1 record in the round robin phase becomes the winner of the tournament.

In addition to the Finals title, she also won the events in Chicago and Dubai this year. This is her third championship on Mexican soil, as she won the Monterrey tournament in 2018 and 2019.

Kontaveit was the twelfth player to reach the final on her Finals debut; other players who have achieved this are Serena Williams (2001), Maria Sharapova (2004), Petra Kvitova (2011), Dominika Cibulkova (2016) and Ashleigh Barty (2019) who managed to raise the trophy.

Muguruza will end the 2021 season as number three in the world rankings, while Anett will end as number seven in the world. “I feel relieved, I feel like I have achieved the goal. I thank my team who has been with me this year, thank you very much. And to the fans, whenever I play in Mexico I am excited, thank you for coming,” said Muguruza at the end of the match.

“I want to congratulate Garbiñe, who did a great job, thanks to those who supported me when I didn’t believe in myself very much. And to everyone who encouraged me during my matches, thank you very much,” said Kontaveit.

Tonight the Spaniard went out to look for the match with pure determination; without giving any options to Kontaveit. She broke her serve four times throughout the match. Anett scored two breaks.

The Estonian finished with six double faults and three aces in the match. In the first game of the match, Anett held her serve with a lot of effort, but in the third Muguruza broke her to get the lead. It was only in the fourth game of the match that Anett was able to hold her serve. She lost her serve again in game 7 and once more in game 9. Muguruza won the first set with a precise balloon that hit the baseline.

For the second set, Kontaveit managed a break in game seven and Muguruza in the tenth, when the Estonian was up 5-4 and served to tie the set. And then in the twelfth game – on Kontaveit’s serve – she won the break point that made her become a historic one in her country.