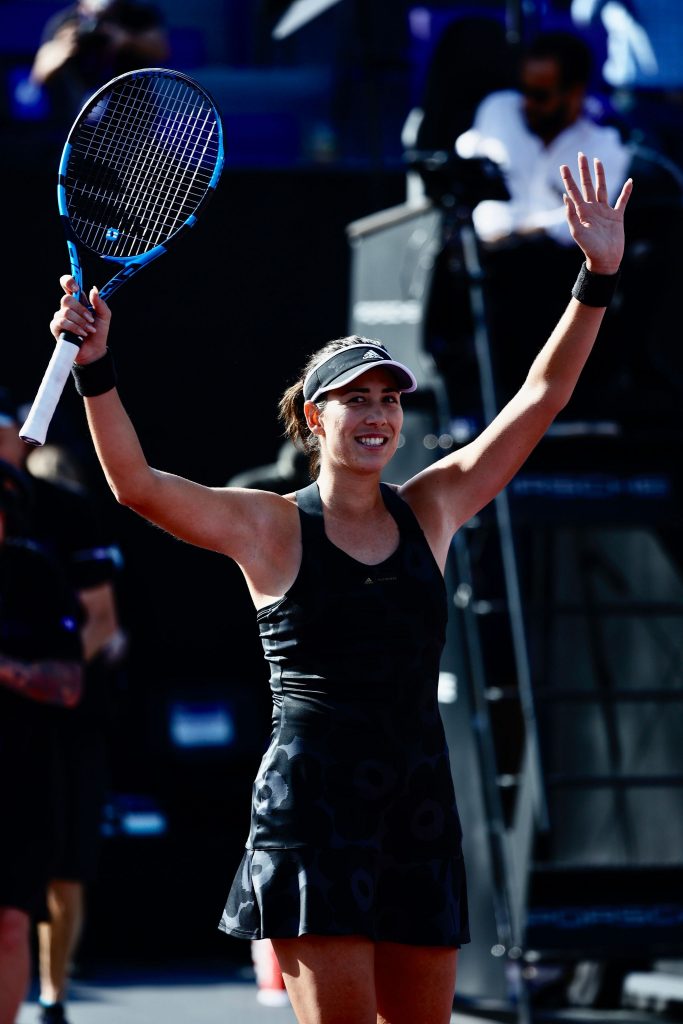 Guadalajara, Jalisco, November 16, 2021.- The Spaniard Garbiñe Muguruza became the first finalist of the AKRON WTA Finals Guadalajara 2021, after defeating her compatriot Paula Badosa 6-3 6-3, in 1 hour with 25 minutes at the Pan-American Tennis Complex in Zapopan.

From the beginning, the Spanish-Venezuelan player took the initiative and seized the match with an early break in the third game, against the Badosa who never managed to find her rhythm. At 5-3 in her favor, Muguruza broke again to win the first set in just 36 minutes.

The second set began with Garbiñe keeping up her momentum and serve. She broke again, putting pressure on Badosa’s serve, who in a long game had two chances to win but failed to close it out.

The next game was key, as Paula had three break points to stay in the match, but again, Muguruza closed it out to gain the 3-0 lead.

At 4-2, Garbiñe showed her self-confidence, closing the game with an ace on a second serve. In the last game, although she went down 0-30 on her serve, Muguruza won four points in a row to close it out.

She is only the second Spanish woman in the history to reach the grand finale of the tournament, after Arantxa Sánchez achieved it in 1993.

It was a forceful victory in all aspects, including physically and mentally by Garbiñe Muguruza, who has already achieved her best result in four of her appearances at a WTA Finals. Previously, her best result was reaching the semifinals. Her rival will come out of the duel between the Greek Maria Sakkari and Estonian Anett Kontaveit.

“I am happy, this has been my best match since I was in Guadalajara, in a very exclusive tournament and difficult to reach, because it is the same level of a Grand Slam, with eight professionals, where each match is played like a final. I think that Paula should be proud of the great season she has had, and now she should enjoy being the 8th in the world with a vacation,” explained Garbiñe.

“This was a very mental game and that’s how I dealt with it from the beginning. At the beginning of the tournament, I did not play very well, but I have progressed, I have one more match left, and I want to be focused, it is a motivation for me to be able to close a great year. I have no preference for the final, both Sakkari and Kontaveit are very tough, very aggressive, it will be very difficult to face either one,” concluded Muguruza.

This was the first match between these two Spanish players in their professional career. Muguruza had a high percentage of points earned on her first serve with 81.3%, 2 aces, 3 double faults, 17 winners and 21 unforced errors. Badosa, although she had more aces with a total of 3, she hit three more double faults, 20 winners and a high number of unforced errors with 30, which in the end, was decisive in the result of the match.

“I am disappointed that I was not able to compete, the tears at the end, it was because I really wanted to do it right, but my head played a bad trick. She played well in the important moments. All credits to her,” said a frustrated Paula Badosa at the end of the match.

After this result, Badosa will add 750 points and $470,000 dollars from her result. Meanwhile, Muguruza ensures at least 1,080 points and $860,000 thousand dollars, with the possibility of increasing it if she ends up winning the championship.

On Wednesday, Muguruza will seek to close the season with a third title, after she already won in Dubai and Chicago.