Olmos is Motivated Ahead of Her First Match 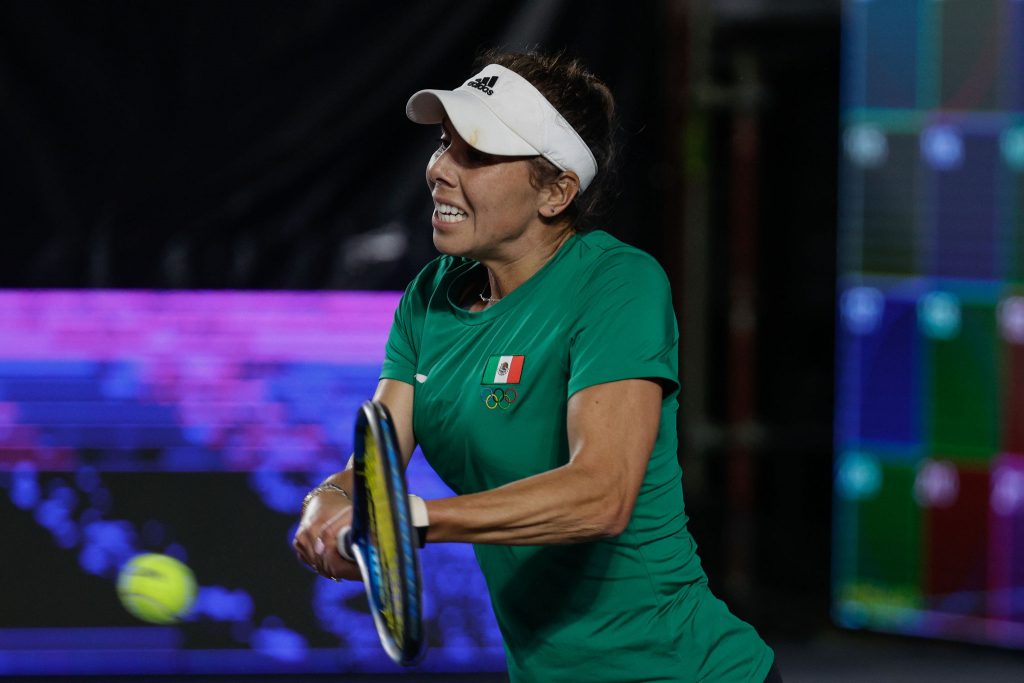 Guadalajara, Jalisco, November 11, 2021. Tonight all eyes will be on the Pan-American Tennis Complex, where the Mexican Giuliana Olmos will make her debut at the AKRON WTA Finals, alongside the Canadian Sharon Fichman as the eighth seeds in the doubles tournament. They will play against the Czechs Barbora Krejcikova and Katerina Siniakova, the first seeds.

In the El Tajín group, it is the first time in history that a Mexican woman has qualified in the event, that brings together the eight best singles and doubles players of the year. The Czechs will be tough rivals, as they have won four titles together in this season, including the third Grand Slam of his career, at Roland Garros. The other three wins were in Melbourne, Madrid and the Olympic Gold medal in Tokyo. Krejcikova is the first player since 2016 to qualify in both the singles and doubles field in this tournament.

Although the matchup looks tough for the Mexican-Canadian duo, Olmos considers being the favorite a positive, regardless of the pressure, “The truth for me is that it is a motivation. I do not feel pressure to play at home and have a tournament as big as this. It will be incredible for the country and for tennis in Mexico. It will be the first time that this tournament is played in Mexico, and it may be the only time I get to the Finals, so, I want to take advantage of it and enjoy the moment. I want to do it best I can,” she said.

Giuliana plans to go step-by-step and far from thinking about a possible ending. She says that her mind is focused on today’s match, “we played against them at the beginning of the year, in Australia, and we lost in three very close sets. But, I feel like we’re playing a little bit better than about 10 months ago. Here it will be a little different, we are playing with the altitude and at the end of the year. I also think they are all playing their best tennis. I want to have fun on the court,” explained the Mexican player.

Krejcikova and Siniakova are the favorites of the match, but Olmos and Fichman, who this year won the title in Rome, look forward to having the support of the crowd. “I love playing in Mexico and doing it with a lot of people who have helped me play my best tennis. I was here in March when I played the Zapopan and I feel that I fit in well and now I’m doing better. They already know me a little bit here and I feel like that is going to help me. We are ready and excited to play.”

The match will be the last of the second day in the AKRON WTA Finals of Guadalajara.