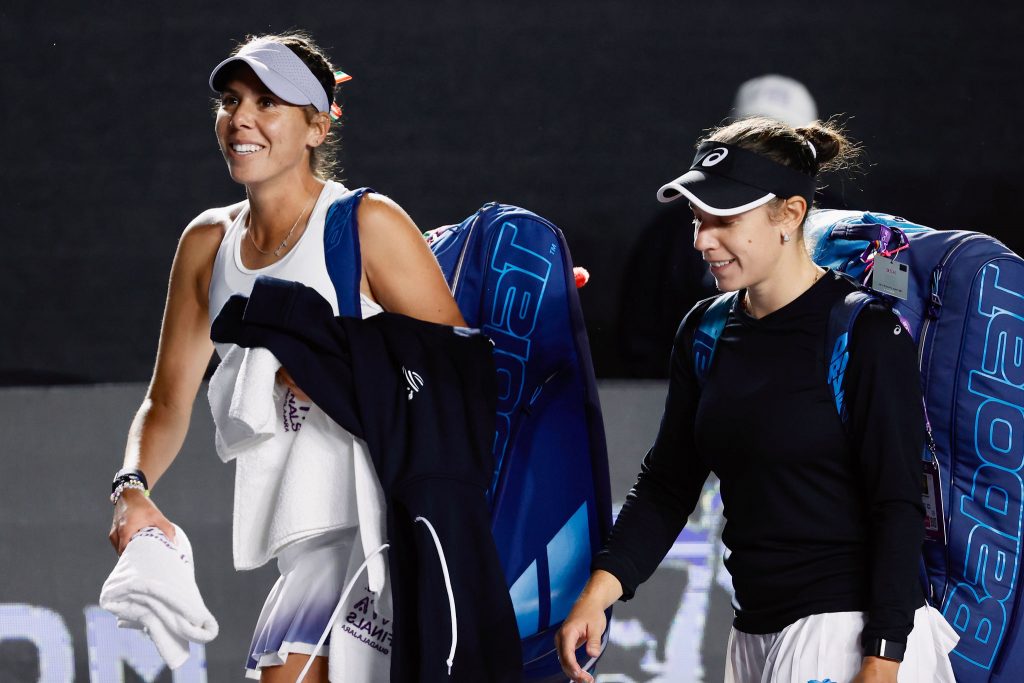 Guadalajara, Jalisco, November 15, 2021. The Mexican Giuliana Olmos and the Canadian Sharon Fichman did not achieve the win needed to advance to the semifinals in the AKRON WTA Finals.

The pair had to depend on themselves to advance to the semifinals, after the Czechs Barbora Krejcikova and Katerina Siniakova won the first place of the El Tajín group.

The only result that would have given them a pass to the next round was a two-set win over the third seeds Su-Wei Hsieh of Chinese Taipei and Elise Mertens of Belgium. The hope existed, as they had already defeated them once this season in Rome where Olmos and Fichman won the title.

In the first set, Mertens and Hsieh broke Olmos and Fichman three times. Fichman made costly mistakes on her serve and Olmos started out a bit nervous. Olmos got a double break point but avoided the break to make it 1-0. Mertens was able to save two breaks to tie the match at 1-1. But then Fichman lost her serve in games three and seven, Olmos in the fifth and Hsieh in the fourth and eighth games.

For the first time, the crowd’s energy was off. They were silent, which was in a way, to express their disappointment of how the match was going for the Mexican. Everything soon fell apart when the Chinese and Belgian won the first set. From there, it was all over for Olmos and Fichman, they had lost their ticket to reach the semifinals.

For the second set, there were four consecutive breaks, so the score was even until the second game – it was decided in a tie break. Mertens and Hsieh had three mini breaks, two on Olmos’ serve. Hsieh lost hers, but the advantage was enough for Mertens to lock down the game.

At the end of the match, the Belgian and the Chinese put on some mini hat and after greeting the crowd in Spanish by saying “good night, Mexico,” Mertens celebrated passingg to the semifinals.

Now, Hsieh and Mertens will have to face the favorites of the tournament, the Japanese duo Shuko Aoyama and Ena Shibahara, who qualified as the first of the Tenochtitlán group.