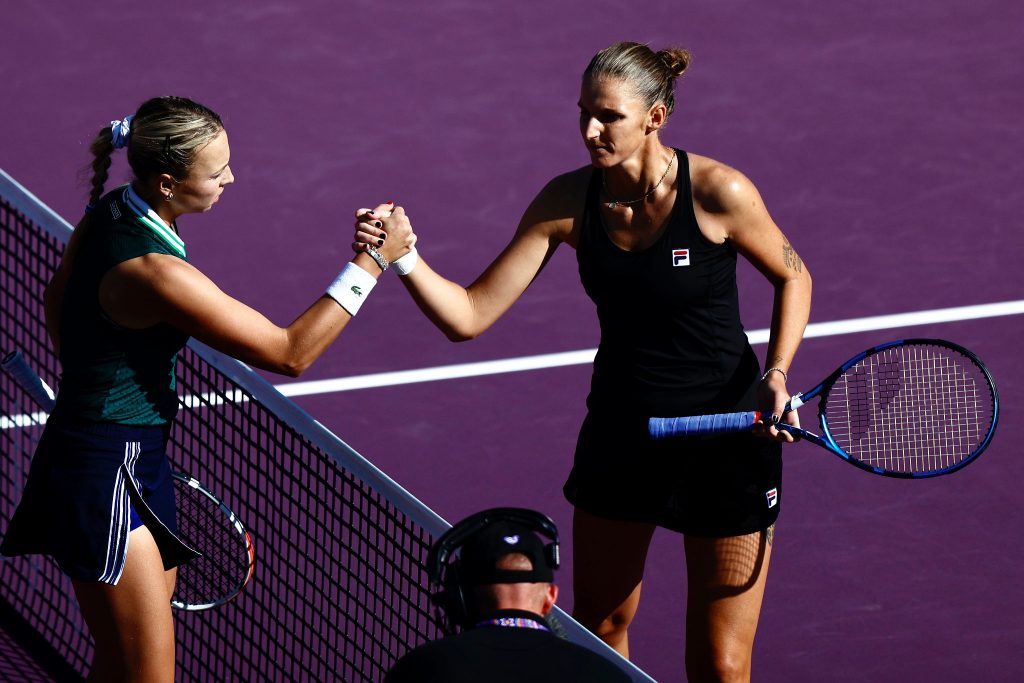 Guadalajara, Jalisco, November 12, 2021.- On the third day of the AKRON WTA Finals Guadalajara 2021, it will be a matchup between the Czech Karolina Pliskova versus Estonian Anett Kontaveit, who will compete to be first place in the Teotihuacán group.

Pliskova, the third seed who just won a phenomenal match against the Spaniard Garbiñe Muguruza, is looking for her fourth consecutive semifinal at the WTA Finals, after reaching that round in 2017, 2018 and 2019 (the tournament did not take place in 2020).

Meanwhile, the eighth seed, Kontaveit, who is making her WTA Finals debut, will seek to extend her winning streak of 11 consecutive victories. She won her opening match by defeating the reigning monarch of Roland Garros, Barbora Krejcikova.

Estonia’s Kontaveit – who has the second most wins this season with 46 and four titles (Cleveland, Ostrava, Moscow, and Transylvania) – is currently ranked first in the group with a 1-0 record, 2-0 in sets won and lost.

Pliskova also has a 1-0 record, but 2-1 in the ratio of sets. In their head-to-head history, the 29-year-old Czech player has won the three previous matches against Kontaveit, who has so far, only been able to win one set against her. Their first match against one another was in 2018 in Stuttgart, and the other two were in 2019 in Indian Wells and Toronto.