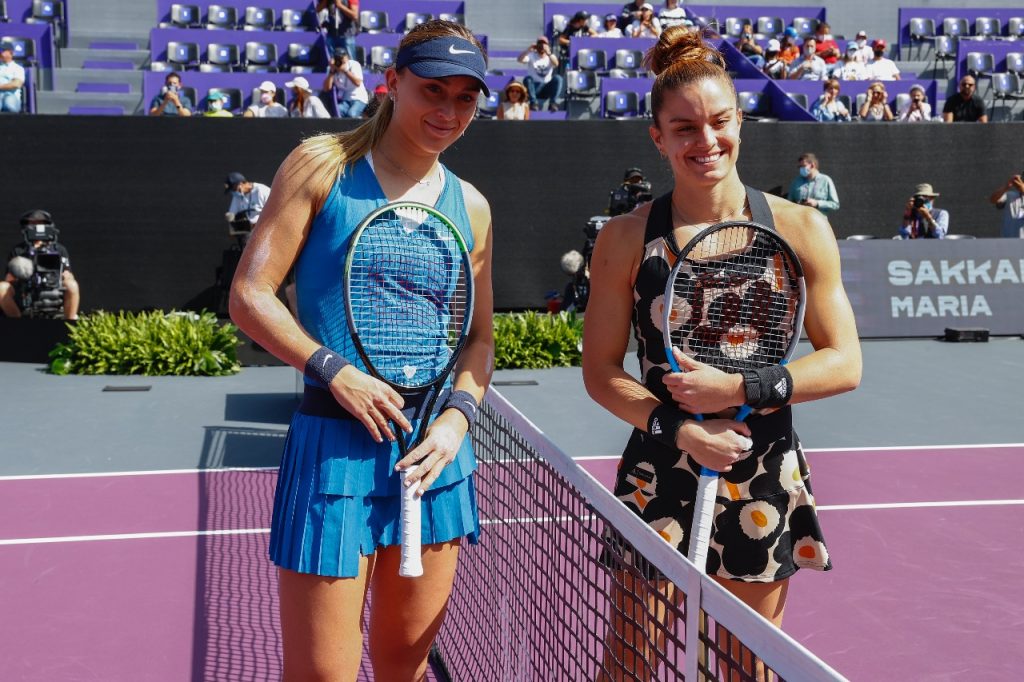 Guadalajara, Jalisco, November 13, 2021.- The Spanish Paula Badosa and the Greek María Sakkari, will kick off the fourth day of the AKRON WTA Finals Guadalajara 2021 this Saturday. They will compete for the first place spot of the Chichén Itzá group, where they are both 1-0.

Badosa conquered the fans in Guadalajara with a sensational first round victory over Belarusian Aryna Sabalenka, the world’s number two player and first seed in the tournament. The Catalan will be in search of her eighth consecutive victory, following her title in Indian Wells.

As for Sakkari, the fourth seed of the tournament, who made history this year as the first Greek to qualify for the WTA Finals, she achieved a comfortable two set victory over the Polish Iga Swiatek, 2020 Roland Garros champion.

Sakkari and Badosa, are two of the six players who have managed to enter the top 10 of the WTA world rankings this year. Currently, the Greek player is ranked number 6, after finishing the previous season ranked number 22 in the world. The Spanish made her top 10 debut this week as the number ten tennis player in the world, after climbing 60 places, since the year beginning of the year where she started at number 70.

This will be the first time that these players will meet in a professional tennis tournament. Badosa is this year’s champion at the tournaments in Indian Wells and Belgrade. Sakkari was a finalist in Ostrava where she lost in the finals to Anett Kontaveit; she has only won title so far in her career: Rabat 2019 against Johana Konta.

The winner of this match could secure their place in the semifinals depending on a few scenarios. Sakkari will win her ticket if she wins and if Iga Swiatek defeats Aryna Sabalenka. The other way would be for the Greek to have a two set victory over Badosa and that Sabalenka beat Swiatek in three sets.

Badosa’s options are to win this match and for Sabalenka to also win hers. The second option for the Spanish to be in the semifinals, is to defeat Sakkari in two sets and have Iga Swiatek defeat Sabalenka in three sets.