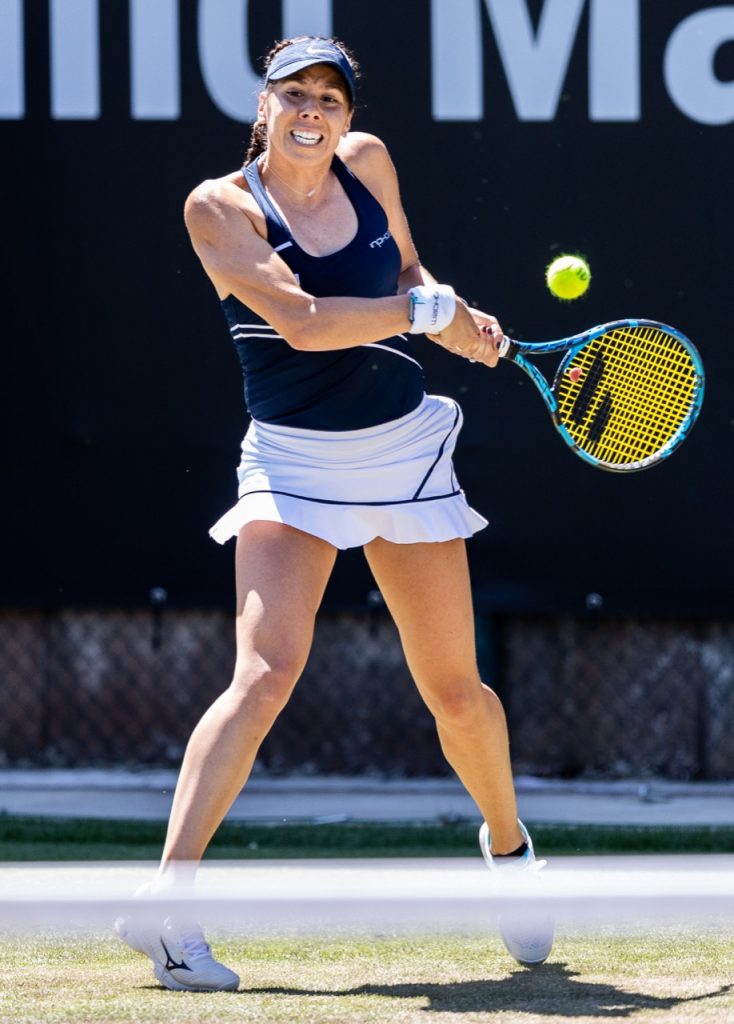 Guadalajara, Jal., November 2021.- Giuliana Olmos is enjoying the most successful period of her tennis career to date. As of next week, her name will be included in the history books as she will be the first Mexican to play the #AKRONWTA Finals in doubles alongside Canadian Sharon Fichman.

Just two years ago, she won her first tournament on the WTA tour with American Desirae Krawczyk in Nottingham. This is a memory she will treasure forever.

But this season, she teamed up with Fichman on the doubles court where they won the WTA 1000 in Rome and reached the Round of 16 at Roland Garros and Wimbledon. Additionally, she reached the final of the US Open in mixed doubles with Salvadoran Marcelo Arévalo.

“I think this year, the most important thing is that I had more experience. I had to win a lot more and it helped give me even more confidence. Every time a tournament started, no matter if it was big or small, it was important for me to believe in my tennis. This season, when I played against the best teams, I felt that I could beat them. Last year, I thought “I think I can win one or two rounds; I can win a set.” But this year, I was thinking, “I want to win this tournament, I can reach the finals, or semifinals.” I was thinking about it more and that helped me a lot,” Giuliana said.

In addition to the titles in Rome and Nottingham in 2021, Olmos won the title in Acapulco in 2020 with American Desirae Krawczyk, and just last weekend, she lifted the trophy at the 2021 W80 Tyler Christus Health Pro Challenge ITF tournament in Texas with her partner Mexican Marcela Zacarías.

In regards to her appearance in the AKRON WTA Finals, Giuliana plans to take it one match at a time. She said, “I only know that I am going to have a lot of fun and for me, that is the most important thing. I know that when I enjoy myself, I always play my best tennis. For me, it is important to play without expectations and the truth is that to get now, is already fulfilling a dream and a goal of mine. Now I must take advantage, enjoy, and if I do that, I will play my best tennis and the results will come,” explained the 28-year-old.

So far, the biggest lesson the sport has taught her is to keep working hard “because you can work hard and maybe not meet your goals that year, but if you keep fighting year-by-year, month-by-month, there will be a moment when an opportunity will come. You don’t know when, but you always have to be ready. I like to know that I did what I could to be best prepared for my tournaments. If I do that, I am happy. You have to work hard and have faith,” Olmos said.

Although she plans to continue to play tennis, when she is ready to retire, she wants to stay in the world of tennis. Olmos said she “wants to be a coach at a University in the United States. A dream is to do it at The University of Southern California – the school that I played at – because it gave me a lot. I would like to pass that experience on to players after me. Maybe even be the captain of the Billie Jean King Cup? It would be nice. In the meantime, I still have a few years left and I will continue to focus on playing.”

Giuliana’s ultimate dream is to win a Grand Slam tournament.