Stosur and Zhang Stop Aoyama and Shibahara From Being Undefeated 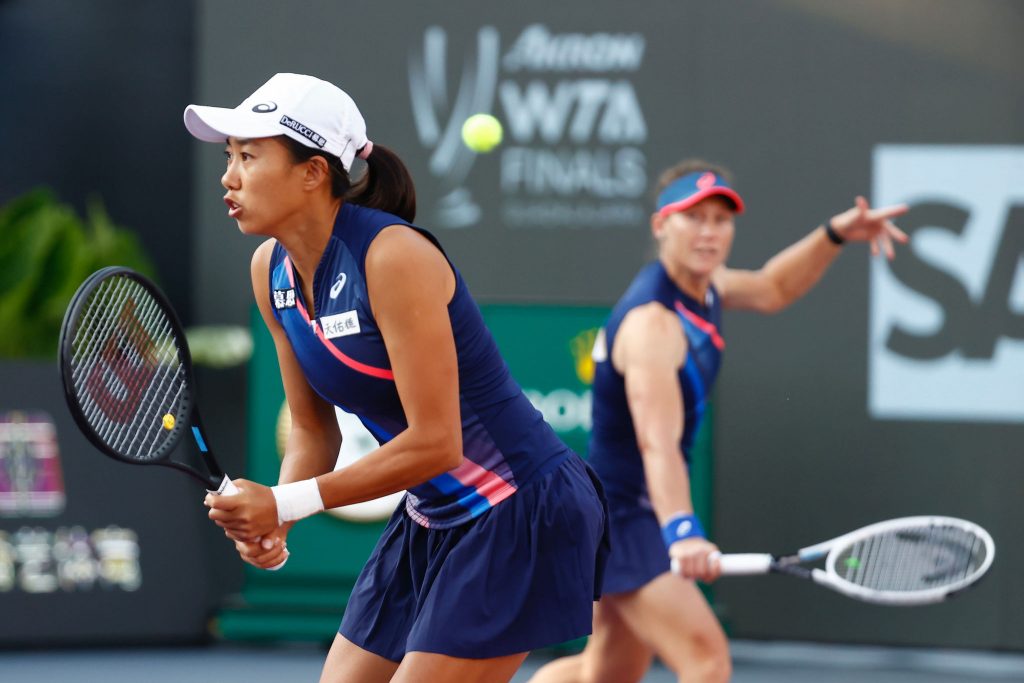 Guadalajara, Jalisco, November 14, 2021.- The Australian Samantha Stosur and the Chinese Zhang Shuei finish their AKRON WTA Finals touranment with a win. After dropping the first set, to the Japanese Shuko Aoyama and Ena Shibahara, they turned the match around to win 4-6, 6-3, 10-7; they had a total of eight match points in the super tiebreak.

Although they are now eliminated due to the round robin format, the No. 5 seeds Stosur and Zhang took pride in getting their 40th match victory this year over the Japanese, who already secured first place in the Tenochtitlán group. The Japanese pair were looking to get revenge over Stosur and Zhang following their loss at the US Open.

The Australian and the Chinese were semifinalists in the 2019 edition, but on this occasion, they could not repeat their achievement. Samantha made her sixth doubles appearance in the Finals, an event she won in 2005 and 2006 (both with Lisa Raymond). She also competed in 2009, with Rennae Stubbs.

Stosur-Zhang finished the match with a total of five double faults and 70% of first service points won. They won 65 points, compared to 57 for the Japanese. Stosur had some trouble getting her first serve in, in the first set and suffered a break in the second game, after hitting two consecutive double faults. But they bounced back quickly in the next game, breaking Aoyama’s serve. The Japanese appeared to be heading for a third win to advance to the semifinals after coming winning the first set.

Then, the Australian-Chinese pair broke Shibahara’s serve at the start of the second set and with Stosur winning her serve, they got the 2-0 lead without losing a point. Meanwhile, there was a small pause because Shibahara had received medical attention for a discomfort in her neck, but continued to play without any additional interruptions.

In the ninth game, Stosur-Zhang broke Shibahara’s serve to force the third set. In the super tie break, they got four mini breaks to get a 9-1 lead. Zhang served for the match but lost both points on her serve. Shibahara-Aoyama climbed all the way back to 9-7 after a double fault from Stosur, who on her next opportunity, did not fail to close the match.