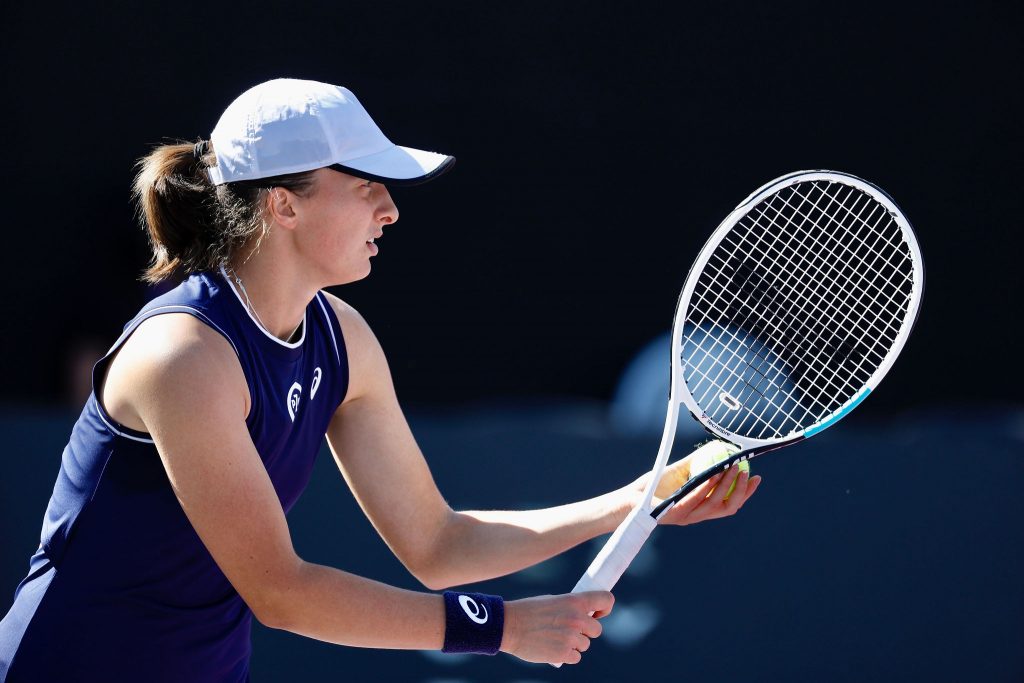 Guadalajara, Jalisco, November 15, 2021.- Iga Swiatek had a major farewell in her last match of the AKRON WTA Finals 2021. The Polish avoided going home without any wins in the Chichén Itzá group by beating the Spaniard Paula Badosa 7-5, 6-4 and spoiling the Spanish woman’s birthday celebration who turned 24 today. Additionally, Swiatek got her revenge for her loss to Paula at the Olympic Games.

In her Finals debut, Swiatek went 1-2, after losing in the opening match to Maria Sakkari and then later to Aryna Sabalenka. With her win on Monday, she broke the eight-match winning streak of the Indian Wells champion who showed up to the match already with a ticket to the semifinals, to which she advanced to as the leader of the group, as she won her two matches in straight sets.

Paula acknowledged after match that she was already thinking about tomorrow’s match against Garbiñe Muguruza – she did not want to get worn out. The only previous meeting between the two of them took place at the Tokyo Olympic Games, where Paula won in two sets.

Badosa had an impressive rise in 2021; in 2020 she was ranked No. 69 in the world and just one year later, she is now in the top 10. As for Swiatek, with today’s win, she achieved her first win in her career over a top 10 player. Swiatek finished the match with 16 winners and 20 unforced errors, with no aces and three doubles. Badosa had 18 winners and 33 unforced errors, five aces and five double faults.

During the match, the Polish got breaks in the fourth and twelfth games; Badosa broke her in the third game. The match progressed without many rallies due to inconsistencies on both sides.

Swiatek opened the second set and held her serve. Badosa also held her serve in her first service game. Then Badosa was presented with a double break point in the third game and was able to close it out after an unforced error from Swiatek.

Back on serve, Paula faced seven break points in the game but was able to stand her ground and get the 3-1 lead. In the next three games there were no breaks, but in the eighth Swiatek he had a chance to regain the break and this time, she didn’t miss the opportunity.

She took the lead at 5-4. In the tenth game, she had a match point and with a return winner, she secured the match. Swiatek, the youngest competitor among the participants at 20 years old, leaves the tournament with a total of 375 points towards her WTA ranking and $100,000 in prize money. As for Paula – so far this tournament – she has accumulated 625 points and $330,000 in prize money.

This Tuesday, she will seek to increase her figures when she faces her compatriot Garbiñe Muguruza in the semifinals