Swiatek Suffers Another Loss to Sakkari 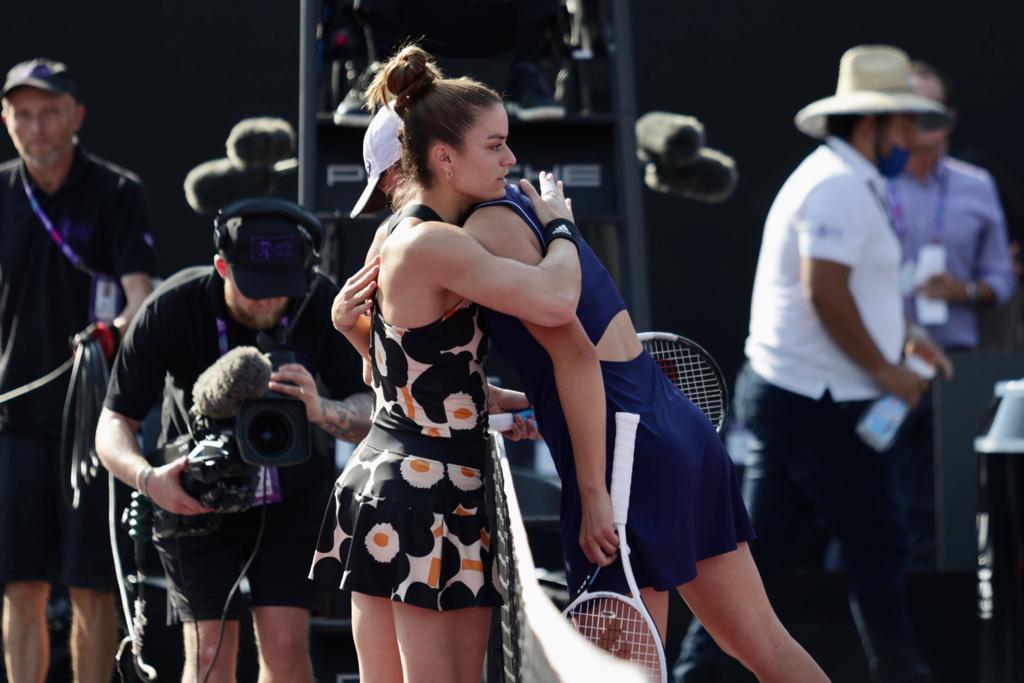 Guadalajara, Jalisco, November 11, 2021.- Iga Swiatek had tears rolling down her cheecks as her opponent – the Greek Maria Sakkari – had three match points. The Polish could not contain her frustration of not being able to beat Sakkari, who scored her first win at the AKRON WTA Finals with a score of 6-2 6-4 and become 1-0 in the Chichén Itzá group.

It is Sakkari (seeded 4) third victory of the season over Swiatek (seeded 5). This Thursday, the Greek was confident with her first serve, and won 96% of the points she played when she hit the first one in. She had a total of two aces and five double faults. Swaitek hit six double faults and two aces. The Greek’s previous triumphs over Iga were at the quarterfinals at Roland Garros and the semi-finals in Ostrava.

The Greek consoled Swiatek at the end of the match; Swiatek ended up walking off the court with a towel over her head, devastated by the defeat.

Sakkari and Swiatek – two players who are both making their Finals debut – reached the top 10 this season.

The Greek is 7-4 this year against top 10 players.

Swiatek is looking to be the youngest player to lift the trophy, since Maria Sharapova did in 2004 at 17. The Polish player has four wins over top 10 players.

This year, she had her best hard court result in Adelaide, where she won the title. She is one of three Grand Slam title holders participating in this event, along with Barbora Krejcikova and Garbiñe Muguruza.

In the first set, Sakkari scored the first break in the third game, after Iga went 0-30 due to two double faults. The Greek wasted no timeand immediately confirmed the break to go 3-1.

The sixth game gave the Polish a double break point but Sakkari saved the both of them and went up 4-2.

Swiatek lost her serve again in the seventh game (2-5) and Sakkari did not miss an opportunity to close the set with a big serve. In that first set the Greek won 100% of first service points.

In the second set, the Polish saved two break points in the third game, which went on for more than nine minutes. Swiatek tried some drop shots, although her rival responded well. In the seventh game Sakkari, who was more confident with her forehand, broke Swiatek on serve.

In the 10th game, Sakkari served for the match. When she was ready for the last point, Iga went to the back of the court and raised her hands to her face to wipe her tears – the crowd tried to cheer and encourage the young lady.