The first doubles match at the Akron WTA Finals 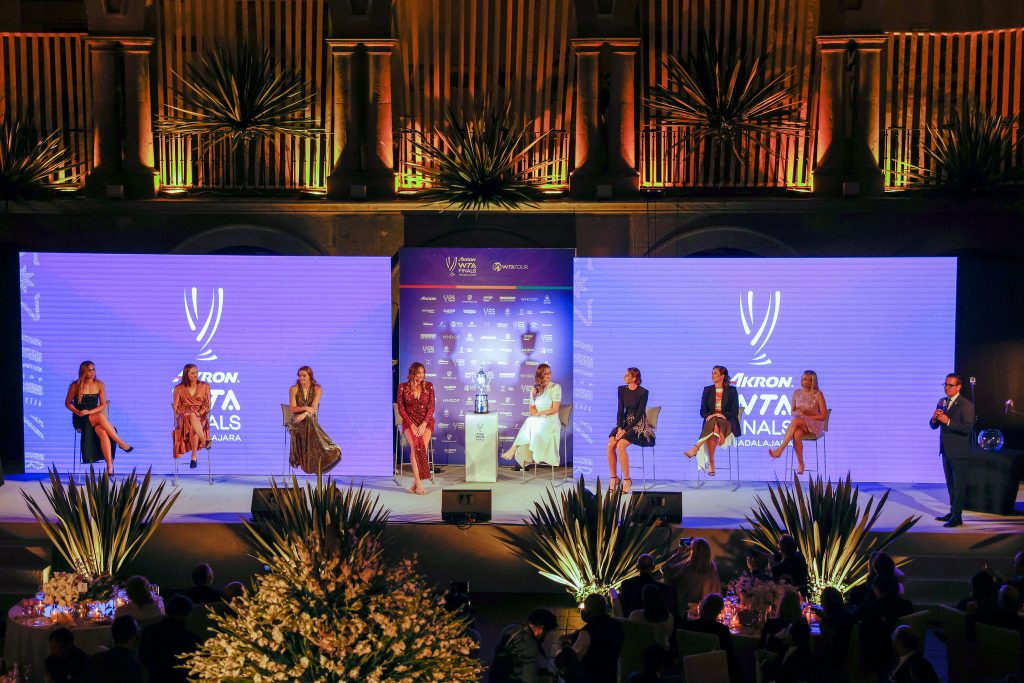 Guadalajara, Jalisco. November 9, 2021.- Two matches in the Tenochtitlán group are set to start this Wednesday at the AKRON WTA Finals Guadalajara 2021 located at the Pan American Tennis Complex of Zapopan.

In the first match, the number two seeds Shuko Aoyama and Ena Shibahara of Japan, will play against the number seven seeds, Daria Jurak from Croatia, and Andreja Klepac from Slovenia.

The Japanese tennis players had an impressive season by winning five tournaments on the women’s tour. These two teams have faced each other two times this year; they are tied at 1-1. In the round of 16 at the Miami Open, the Japanese duo got the win, but recently, in the quarterfinals of the WTA in Chicago, Jurak and Klepac prevailed.

Meanwhile, in the last match of opening day, the American of Czech origin, Nicole Melichar-Martínez and the Dutch, Demi Schuurs, will face Australian Samantha Stosur, who is teaming up with the Chinese Zhang Shuai.

This will be a battle between the four and five seeds. The team comprising of Melichar-Martínez and Shuurs, won the titles in Doha and Miami this year, and lost in four finals, including in Berlin and Eastbourne.

On the other side of the court will be the former world number one in doubles, Australian Samantha Stosur and her partner Zhang Shuei, from China; the pair had an excellent season where they won the tournaments in Cincinnati and the US Open.

These two teams have only faced each other once this year – Stosur and Zhang won the match and ultimately took home the title in Cincinnati.