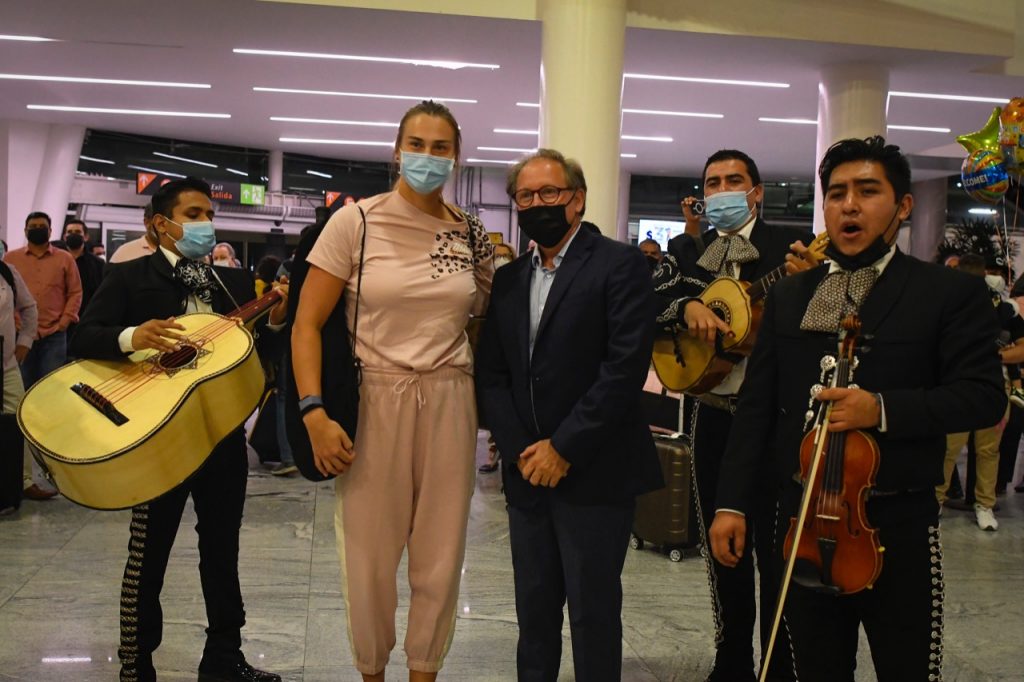 Guadalajara, Jalisco. November 3, 2021. The stars are starting to arrive in Guadalajara ahead of the AKRON WTA Finals Guadalajara 2021. The tournament starts next Wednesday at the Metropolitan Tennis Complex; it will feature the 8 best women’s singles and doubles players in the world.

The Organizing Committee has prepared a special welcome for each of the players once they arrive at “Miguel Hidalgo,” the Guadalajara International Airport.

The first to set foot in Guadalajara was Iga Swiatek from Poland. In 2020, she won the French Open. Once Swiatek landed, she had a warm welcome which included a mariachi band that she posted to her social media channels.

The second player to arrive at the airport was Giuliana Olmos. Olmos is going to be the first Mexican player to compete in one of the most prestigious tournaments in the world. Olmos was excited to hear the song “Guadalajara” by Pepe Guízar upon arriving along with the big welcome.

Before taking the official transportation to the hotel, Olmos said, “I’m very happy and proud to be the first, hopefully not the last. I represent Mexico all the time but being able to do it in our country will be something very nice for us. I hope that a lot of people will come watch and we will have a great time.”

She added that at the beginning of the year, she did not think she would be playing in the AKRON WTA Finals in Guadalajara.

“I did not know, nor did I think I would be in the top 8. However, after winning in Rome, it was something that I thought I could do. I am very happy to be here and to give it all that I have.”

A little later, Belarusian Aryna Sabalenka arrived. Like her fellow competitors, she could not hide her excitement.

The Director of the AKRON WTA Finals Guadalajara, Gustavo Santoscoy, oversaw the welcome where they spoke for a few minutes while the mariachi continued to play in the Guadalajara airport.

This Wednesday, the Spaniards Garbiñe Muguruza and Paola Badosa are expected to arrive. The rest of the WTA stars will make their way to La Perla Tapatia within the next two days.